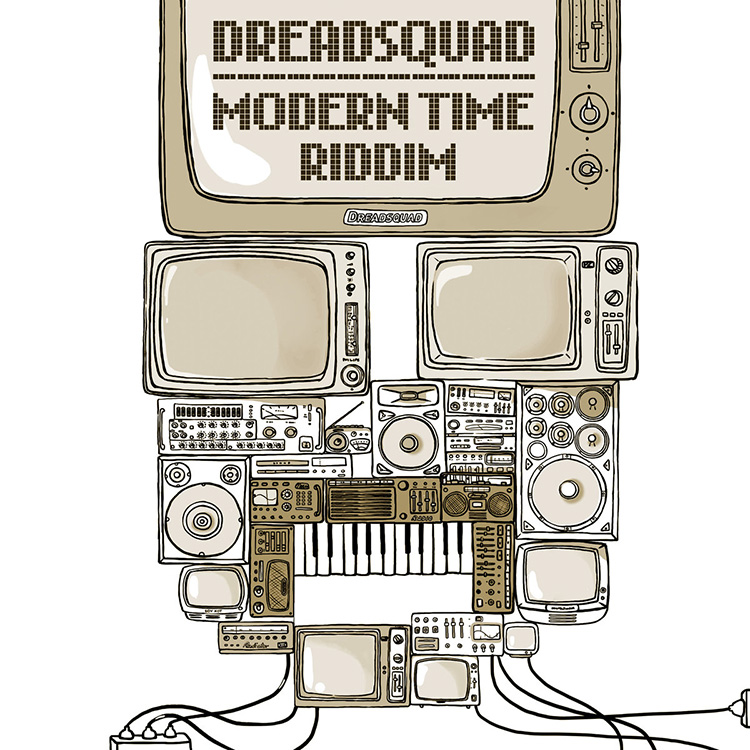 Modern Time Riddim is a mid tempo dancehall/ raggamuffin riddim reminding the best dancehall era – the 90s. It’s a tribute to one of the most influential producers Gussie Clarke, whose style had a big impact on music taste of Marek Bogdanski – the man behind Dreadsquad. Minor chords, heavy Yamaha CS-01 bass line, drum machines, orchestral hits – you name it – we have it!

Album is exclusively available on our Bandcamp. Official iTunes release is on October 23rd.