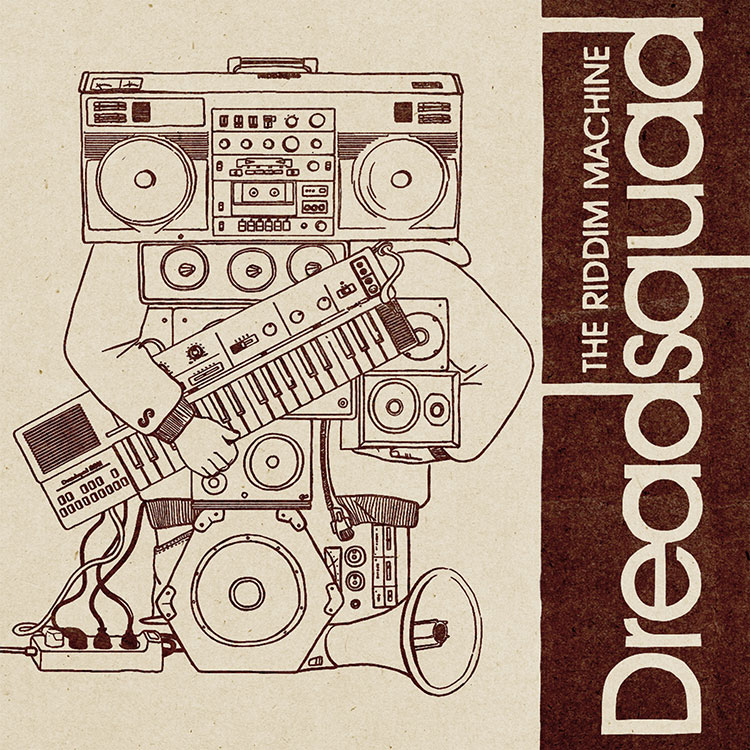 True blue Jamaicans such as the “Deejay Daddy” U Brown, Ward 21,
Perfect Giddimani and Scarra Mucci are as well representing as
Germany’s Ska and Dancehall veteran Dr. Ring Ding, the Britain based
Lady Chann, El Fata, Tenor Fly and Blackout, and Kasia Malenda,
Poland’s answer to Adele and Amy Winehouse – to name but a few.
You will find a dynamic mix of authentic Jamaican riddims and styles
with modern bass-heavy genres from a producer at the top of his game –
a variety that spans from old school Ska to the digital computerized
style of the eighties and from heavy electronic Dub to rootsy Rock
Steady.
On top of that, Dreadsquad shows off amazing remixing skills –
foremost in the atmospheric dubby reworking of the infamous Polish
‘suicide tango’ To Ostatnia Niedziela, using the vocals of the
original 1936 recording by MieczysĹ‚aw Fogg.