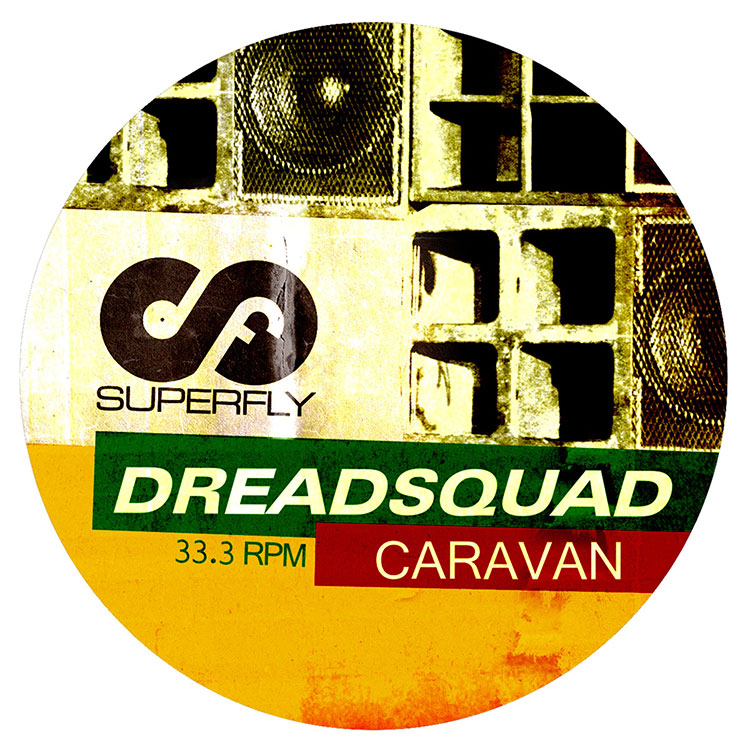 “Caravan” is a jazz standard composed by Juan Tizol and first performed by Duke Ellington in 1937. The song is variously seen as the first Latin jazz song or as a Mideastern influenced jazz song. Its “exotic” sound made it of interest to exotica musicians so it was covered by both Martin Denny and Arthur Lyman. It has appeared in two Woody Allen films, Alice and Sweet and Lowdown. Rap musicians Redman and Busta Rhymes sampled the song heavily in their 1998 song “Da Goodness”. Caravan was also covered by hundreds of other bands and musicians all around the world including: Ella Fitzgerald, Tito Puente, Wynton Marsalis, Chicago, Jimi Tenor, Hypnotic Brass Ensemble, The Skatalites.

“Tippa top version of one of my favourite jazz tunes – love the original, mega slick production from Dreadsquad as always. Nice selection of remixes too, something for everyone. Specifically, Turntable Dubbers have nailed the re-rub. Will be playing this a lotâ€ť

“Killer new production ! 6 versions of Caravan on one 12″ ??? Each moving further away from the original. B-side rules – all great cuts with Turntable Dubbers and Kwazar mix killing it ! Big ! Upstate say so !”